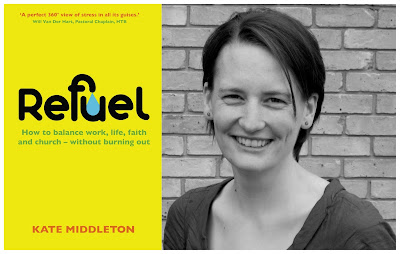 When talking to people about anxiety one thing that strikes me again and again is how their own fear of that emotion (and the worst case scenario it makes them feel is almost guaranteed to happen) is so much worse than the emotion itself - or reality, where the things we dread hardly ever actually happen. One fantastic depiction of this same thing comes in the Harry Potter books, by JK Rowling - and in Harry Potter and the Prisoner of Azkaban in particular.

In this book, Harry encounters horrible creatures called dementors - which are actually based on JK Rowlings own experiences of anxiety and depression. Dementors are monsters who suck the life out of you, forcing you to experience again the worst memories of your life, and overwhelming you with the feeling that you will never be happy again. They affect more strongly those who have had bad experiences in their past and Harry - who has been through some difficult things - is very powerfully affected by them. Here’s a clip from the film of the moment when he first encounters them - when they are searching the school train for an escaped criminal.

Later in the film Harry and his classmates have an experience of another creature - a bogart - which when confronting someone immediately turns into whatever they fear the most.  IN the class (when they learn how to deal with a bogart), each student faces it one at a time. Here’s the clip of that class…

Later still, Harry has a conversation with his teacher (Remus Lupin) and admits that the thing he fears most is the dementors. Lupin responds ‘That’s very wise Harry.  It suggests that what you fear most is fear itself.  Very wise Harry, very wise.’ (In Rowling, JK.  2004.  Harry Potter and the Prisoner of Azkaban.  Bloomsbury Publishing PLC.) JK Rowling demonstrates brilliantly why our own reaction to our fears can be so powerful - it paralyses us and makes us unable to fight back; it turns us into victims.

What is great is how the book then goes on to demonstrate a bit of basic CBT - working to learn how to regain control of our thinking to defeat anxiety. This clip shows Lupin trying to teach Harry how to conjure a patronus - a spell which will defeat the dementors. This spell is about focusing as hard as you can on happy memories - truths which counteract the things the dementors might be trying to make you think about. It is the strength of these things and of your own will to focus your thinking on them - that helps you beat dementors. But what perhaps takes the real sting out of the dementors is realising how much of their power comes from our own fear of them. If we can reduce our fear of fear itself we are a long way towards fighting it.

Refuel: How to balance work, life, faith and church - without burning out by Kate Middleton is available in paperback, priced £9.99.
Posted by DLT Books at 01:50